DM (or GM) who believes music is central to any tabletop RPG.

I started gaming in like 1994 (1993?). It wasn’t until years later when playing a guest spot in a game that I experienced a DM using music. I had already moved far away from the dungeon crawling hack-n-slash stlye of gaming and into a more dramatic role-playing based game where the DM tries to use descriptions to create a certain mood or feel for each scenario. Music added a whole new dimension. Everything became so much more cinematic. Back then we played whenever we could, but low lighting was a preference, I feel it makes it easier to forget your real surroundings and to really visualize the world before you. Music and lighting have now become central elements for my games (though when we can only get together on an afternoon I still prefer that over nothing).

That being said, I have very particular tastes or standards based on this style of gaming that my former group developed naturally over the years. I prefer thematic instrumentals generally, so this makes soundtracks my biggest general go-to for background music. However, I also will use songs with words, even modern songs, for the right scenes- especailly for a kick-ass theme for a character or something on that line. So while I may have relied heavily on Gladiator OST for background music for my last campaign (Not on OP) it didn’t stop me from using Mastodon’s The Wolf is Loose for the fighter character, especially when he really let loose or the player rolled well. (The player was also a big Mastodon fan and I try to please the players by upping both the cool factor of the character in different ways as well as using music I know they like, or at least don’t dislike.)

You may also notice I tend not to rate albums. I apologize for the inconvenience or if this drives you crazy, but I thought long about this and while I strongly support the rating system as a means of communicating certain ideas and as a tool to make users experiences’ that much easier I just couldn’t wrap my head around quantifying my expereince or feeling of/from an ablum. I will try my best to convey through the words in my reviews a strong enough impression of the album that hopefully will fill that gap.

This project started out from my idea to include some of the playlists I used for differnt settings in my Ilumnos Series campaign (example: Grey World) and then morphed into a simple single page of reviews of some of favorite albums to the massive project that this has become. I am always glad to get any kind of feed back. Feel free to message me or leave a comment.

I tend to think of my gaming music albums as falling into one of three categories:
1. The first is an album that has many moods to it with one overall feel that creates a mood of the album, which can be used on its own if necessary in a single night of play and it will still sound like it all fits together even when the mood changes. These are my staple albums like Gladiator or Age of Conan.
2.Then there’s a second type of album, one that mostly has a certain type of mood, but can mostly be relied upon for a whole night of play if its a certain type of adventure that fits that mood. These are the specialty albums like Hellraiser and The Shining for horror, or Riven for mystery for instance.
3. These albums have a limited range, like #2 above, but they can’t be relied upon for a whole night of gaming, and are better used like supplements.

Here is a list of some of my all-time favorite gaming albums: 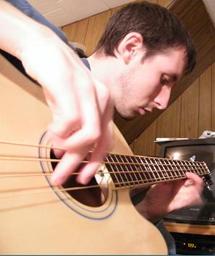