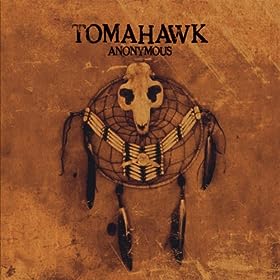 Not all the music is heavy (for instance “Cradle Song”, “Mescal Rite Pt. 2”, “Long Long Weary Day”), but it is always dark. I could see possible uses for this album (I have used it in the past myself). It could be great for a Native American character who identifies with his roots in a modern or future game, since there is that modern sound to it. Also you might just give a couple of the tracks a try in a less modern setting, the heavier songs could be used for battle which makes distorted guitar easier to overlook. The quieter tracks aren’t explicitly modern.