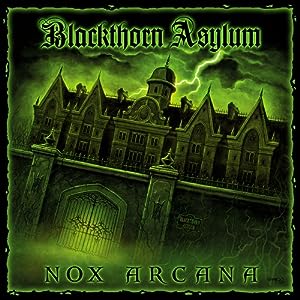 As you can probably guess the theme for this album of horror soundscapes is an insane asylum. If I were running a game in an insane asylum I don’t think I’d come to this for music, unless it was just simple filler (played real quiet in the background), and even then… A great album about an insane asylum is the soundtrack to Session 9 which is one of my all time horror favorites and a must have for any GM.