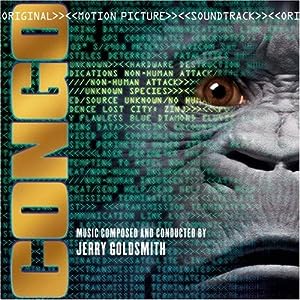 A fine blend of normal Western ochestrated sound mixed with traditional African sounds. “No Customs” has a light playful sound that might be appropriate for general background for a town. “Hippo Attack” starts off with suspense and builds to a climax of action. Might not be good to loop during a suspensful scene, but would be very appropriate for a descriptive breakdown of the moment the suspense shatters and action begins. “Crash Site” might be good if turned down a bit lower, the changes in the song are a little less notable than some of the other hard to manage songs (except myabe the very end of it). I could see using it for general background music for exploring. “Gates of Zinji” pairs up well with “Crash Site” and is a little less dynamic. “Amy’s Nightmare” is a great action/battle track that starts out with some creepy dissonance. “Kathega” is also a great action/battle track.

Some of the more difficult to use tracks are: “Spirit of Africa” features main vocals, bacing vocals, and a third layer of chanting rythmic vocals with percussions which all gives way to an orchestrated break down. “Bail Out” starts off as an action track which resolves and seemingly changes theme. “Deep Jungle” is similar to “Bail Out” in the change slightly after midway through the song. Amy’s farwell is long (over 10 minutes) and dynamic.