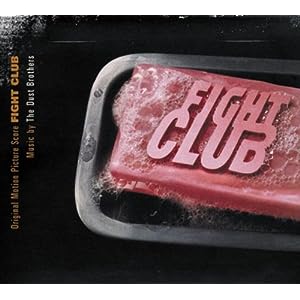 A great electronic album with elements of jazz and hip hop. Many of the tracks sound like you are walking down a city street at night. I used this heavily in my Shadowrun styled chapter of my Ilumnos Series Campaign. Unfortunately many of the tracks are very short- under 1 or 2 minutes.

In my campaign The Ilumnos Series, the last chapter was a dramatic setting change to a world in the style of Shadowrun. I used many tracks from this album (well actually I have the extended album which features 44 tracks but I couldn’t find that on Amazon to feature here) as generic fallback music for whenever there were those moments where I needed something to play. If the PC’s were walking the streets, or shopping in a gun store, or just sitting around a bar or club planning their next move I might put one of the following tracks on repeat for a while: Marla, Calling Jack, Fight At Bar, What is Fight Club, Chemical Burn, We Need to Talk, Jacks Smirking Revenge, Homework, Hessel Raymond K., Commissioner Castration, Car Crash, Planet Tyler, and Latte Thunder. If they were performing some B&E I might use Stealing Fat, Psycho Boy Jack, or Jack Kills Tyler.

All in all, while the tracks may be a bit short, which can make putting them on repeat a bit annoying, if you can find a copy of the special edition I think its worth the purchase to have all these tracks for any modern or futuristic world.

I absolutely love this Dust Brothers soundtrack. It s great for any Dark-World setting or other grim modern or futuristic scenes. Some songs do tend to lead into other tracks a bit, making it seem like the tracks might not be quite as effective on shuffle, But stand-alone the tracks still work great.

by: Morrinn
See All Pages