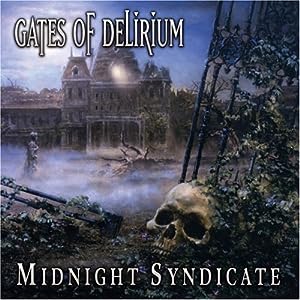 Midnight Syndicate creates “soundtracks for the imagination”, mostly in the gothic horror genre. This is one of their earlier albums. While I am not a fan of their earlier works, too cheesy sounding, which really doesn’t work for horror at all, I do think that their reliance on the normal piano sound instead of the keyboard MIDI voices makes it a little better than their next album Vampyre. I still say that unless you are a collector or a fan don’t bother with this just check out the later albums.