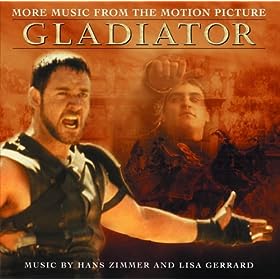 The first release of music from the film was so amazing it instantly became a staple and easy fall back for any fantasy game I and my DM friends have run. That being said, this release is a bit a disappointment. There is quality music on here, however it is only about half of the tracks, and many of them are short or seem a little recycled such as “Now we are free (Juba’s Mix)” and “Secrets”. The others have sound clips from the film of people talking. Not cool. The last tracks is, in my opinion, complete trash. It is a tasteless and bad techno remix that only insults the great original music produced for this film.

The real treasures here, in my opinion, are “Duduk of the North”, Marrekesh Marketplace", and “The Mob”. However they aren’t enough to justify buying this album, which really only comes to around 20 minutes of usable music.