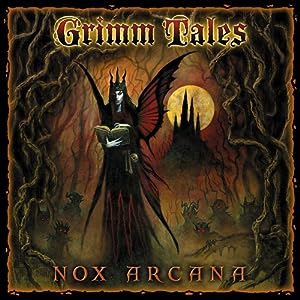 The theme for Grimm Tales is dark twisted fairy tales or fantasy meets Gothic horror. Overall there’s many tracks which you could use in your game, though I will rely on them as filler, quieter in the background during less important moments, and would go for something a bit stronger musically for those moments when mood is far more important, such as the Sleepy Hollow soundtrack or even the soundtrack to Alice in Wonderland both of which are by Danny Elfman and have the dark fairy tale feel to them (Sleepy Hollow being much darker though).