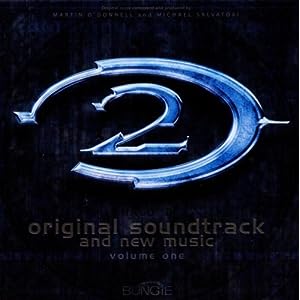 In my opinion the soundtrack for the sequel was an improvement in sound. I’m not crazy about it, but it may be worth looking into if you are interested. I think that the Metroid Prime soundtracks have a similar feel and style but have much better sound textures. The better tracks on here (in my opinion) are: “Ghosts of Reach”, “Flawed Legacy”, “Ancient Machine”, “Orbit of Glass”, “Heavy Price Paid”, “High Charity”, and “Remembrance”.

The only track I have used off of these two albums is “Ancient Machine”, which has a whirring noise with a mystical feel to it that I used for the ambiance of the building-sized machine that used color crystals to take PC’s to worlds in alternate dimensions or planes called The Ilumnos Machine.