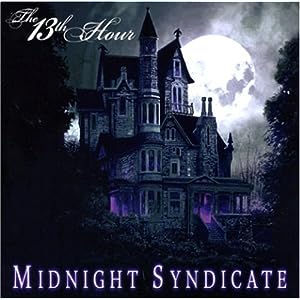 Midnight Syndicate creates “soundtracks for the imagination”, mostly in the gothic horror genre. I am not too fond of their earlier works in horror, but starting with 13th Hour I’d say that while they are in no means a necessary addition to your game, and while I think there are much better horror albums, mostly from horror film soundtracks, that there are many good tracks which a DM might enjoy using. Especially if you are running a horror game you might be looking to expand your library from some of the film soundtracks (such as The Shining and Hellraiser), in that case this would be a good addtion. Be aware though that some of the tracks do sound a bit “cheesy”, the synthesized instruments are obviously synthed, but not all of them.