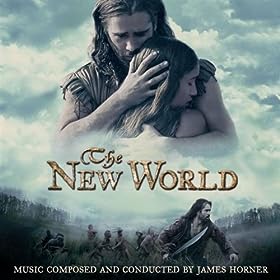 This fully orchestrated album also featuring piano is like a peaceful journey through a forest. On a number of tracks (“The New World”, “Of the Forest”, and “Listen to the Wind”) the sounds of birds chirping makes adds to the calming, almost meditative mood. Most of the album can be described as peaceful or even romantic. It is similar to the soundtrack 1492 by Vangelis, in that it approaches New Age music in its calming tones. The major difference is probably that this album isn’t always at an ambient volume, it has its loud peaks.

The one track that sticks out as different is “Winter – Battle”. It starts with the slow beating of what could be war drums and then what I think is bagpipes (but probably done through a keyboard) come in to add some power to the track. Wordless female vocals provide an almost spooky ambience toward the end. Overall it might not fit a typical battle track format, since it doesn’t ever quick have a fast tempo, but possibly could be used for description of an oncoming attak.