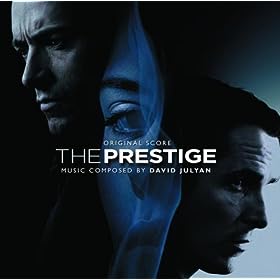 A pretty decent soundtrack that mostly gives off an air of mystery and suspense. When I used this I just put it on quietly so that it was definately background to everything else going on and wasn’t the focus of attention. I also took the first and last tracks off my playlist because I felt they got a little too intense at the end compared to the rest of the album, and they cut off suddenly.

Definately not a must have for any game mostly due to its lack of versatility. I’d catagorize it with the Myst soundtracks possibly, but I like Myst better -they’re more memorable, and more ambient, which is better for mystery and suspense in my opinion, this album has some volume ups and downs which can make it seem like a cue to something happening when you have a mood of suspense. I do like it, I just think that it is a bonus not an essential element for a DM building up their library of music.