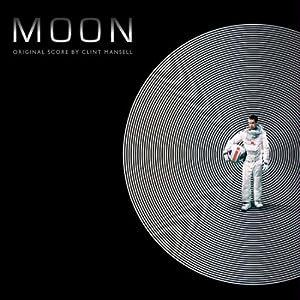 I’m actually going to quote another reviewer for this because I absolutely LOVE this score (it quickly became one of my favorites!) and I found the words to describe it didn’t come easily, but they managed to capture the music in perfect words:

‘…the two-note theme of this score is repeated throughout, echoing the two main characters (if you will), almost revolving around each other like a binary star. As with his other great themes, like those of Requiem for a Dream, and The Fountain, the emotional tones stay with you long after the movie ends. Here, Clint manages to make tangible the feeling of desolation and loneliness that pervades throughout the first act of the film. It’s almost as if you’re inside Sam’s head, losing your sanity along with him. I love that this score was done by Mansell almost entirely alone, just him and his piano, as he usually collaborates with the like of Kronos Quartet, or bands like Mogwai. Here, it’s just Clint and his keyboard, which reinforces the feeling of isolation,’

I will just add that it isn’t only piano. There is an ambiance of strings and electronic sounds that creates a context of depth and emptiness around the solo piano. Also if you like this be sure to check out the soundtrack to the film Sunshine, while it is a different composer I feel the themes and sound are similar.